Mussoorie is a beautiful hill station, located in the state of Uttarakhand. The rich natural backdrop makes it a perfect destination for a vacation. Mussoorie Tour Packages The hills, pleasant climate, snow-clad mountain peaks, and the greenery nestling the city. Every year tourists take a visit to Mussoorie because of the climate, natural cloud blanket surrounding the city and also the several sightseeing attractions. 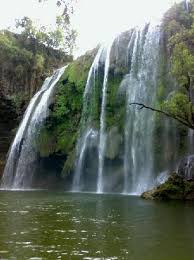 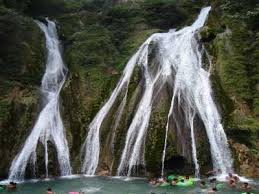 Day 1 : Delhi - Mussoorie
Drive to the fascinating hill resort, Mussoorie, with its green hills and varied flora & fauna. Commanding a wonderful view of extensive Himalayan snow ranges to the north-east, and glittering views of the Doon Valley, Roorkee, Saharanpur and Haridwar to the south, the town presents a fairyland atmosphere to the tourists

Day 2 : Mussoorie
In the blush of next morning take on a city tour viewing. Camel's Back Road, the place offers a picturesque view of the sunset and a life like resemblance of a sitting camel. One can also enjoy long walks and horse riding here.

Gun Hill, one can enjoy a thrilling ropeway ride to Gun Hill, the second highest peak of Mussoorie (2122 mts). The peak offers a panoramic view of the Himalayan ranges.

Mussoorie Lake, a newly developed picnic spot situated on Mussoorie-Dehradun road. It is a delightful spot. Pedal boats are available. It commands an enchanting view of Doon Valley and nearby villages

Vinog Mountain Quail Sanctuary, 11 Kms to the south of Library Point lays an old sanctuary established in 1993 and covering an area of 339 hectares. It is famous for the extinct bird species, Mountain Quail (Pahari Bater), which was last spotted in 1876.

Kempty Fall, 15 kms from Mussoorie on the Yamunotri Road is the most fascinating and the biggest water fall, Kempty located in a beautiful valley of Mussoorie.

Bhadraj Temple, about 15 kms from Mussoorie, it is an ideal spot for trekking via Park Toll-Clods end. Bhadraj Temple is dedicated to Lord Bal Bhadra, brother of LordKrishna.

Childer's Lodge, highest Peak of Mussoorie near Lal Tibba. It is about 5 kms from the Tourist Office and one can go on horse back or on foot. Snow view from this spot is exhilarating.

Jharipani Fall, 8.5 kms from Mussoorie on Mussoorie- Jharipani Road. Visitors can go by bus or by car up to 7 kms to Jharipani from where the fall is 1.5 kms, on foot.

Bhatta Fall, 7 kms from Mussoorie on Mussoorie-Dehradun road. Access by car or bus up to Balta village from where the fall is 3 kms by car or foot. An ideal spot for bathing and picnics.

Nag Devta Temple, an ancient temple situated on Cart Mackenjie Road and is about 6 kms from Mussoorie. Vehicles can go right up to the spot. It provides a charming view of Doon Valley as well as of Mussoorie.
Overnight at hotel.